Feeling limited in your music production skills? Got your mind bursting with great ideas, but don’t know how to translate them into music? Missing out on that last bit of creativity to finish a project? Ghost Producer NL can help you create your track exactly the way you want to. Our Ghost Producers are highly qualified, have years of experience in the electronic dance music business, know exactly how to produce multiple variations of genres and will do anything to turn your ideas into reality.

– Helping you express your creativity – 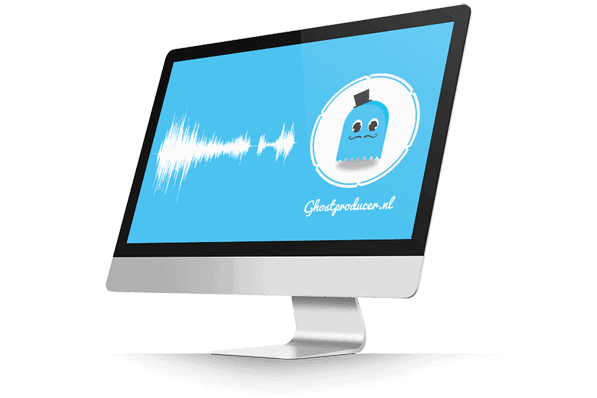 Why use a Ghost Producer?

There are a lot of good reasons to work with a ghost producer. For instance, if you’re a successful DJ with an exhausting touring schedule, you might simply not have the time to be in the studio that often. With an ever more demanding music industry and fans that are looking for the next big track, working with a ghost producer is a good option to keep up with both touring and releasing new music. For this reason most of the bigger and successful artists and DJ’s have built a whole team around them. Another reason can be because of the fact producing quality music requires a lot of effort, practice and a bit of talent. Someone can be a really good DJ but can lack in the production department. You can have the best ideas, but that doesn’t always mean you know how to get these ideas into your DAW. In order to keep their artist career growing they can resort to working with a ghost producer. With professionally produced tracks they can give their career a boost. So to sum it up; often the reason for working with a ghost producer is either a lack of time or a lack of production experience (or a combination of the both). Whatever the reason is; working with a ghost producer gives these artists that extra boost they’re looking for.

What does a Ghost Producer do?

A ghost producer basically does everything a regular producer does. From songwriting, regular production, arrangement to audio engineering. But where a regular producer is often credited the ghost producer mostly remains uncredited. Although in some cases the ghost producer can still keep a part (percentages) of the mechanical or publishing rights. You could basically see the producer as a ‘project manager’ for anything production, recording, mixing and mastering. A valuable member of the team.
Ghost production isn’t just about delivering a track from scratch. All clients have a creative say in the process. Starting with simple ideas, references and overall notes. But besides that also by working from midi files, audio stems or even recorded audio (singing, whistling etc.) During the process of creation the client is involved in every step, by showing previews and asking for feedback. The final result is a track that, creatively, is just as much the clients track, as it is the ghost producer.

Who uses a Ghost Producer?

The vast majority of bigger artists and DJ’s work together with either a regular producer or a ghost producer for the reasons mentioned above. If you take a look at the DJ mag top 100, it’s safe to say most of the DJ’s work together with at least one other producer. This is both beneficial to the artist as well as to the ghost producer. For smaller artists it might give them an opportunity to labels, promotional channels or distribution methods that might not be accessible for them otherwise. Most DJ’s starting out their career simply are not able to deliver that type of professional quality track. In that case working with a ghost producer can give them the extra boost.
Ghost producing, or even ghost writing (or painting) is something that has been happening for a long time. It was there centuries ago in the time of the famous painters, where a famous painter would sign the painting of his student and it’s still here today. It happens in every sector in the creative industry. In the music scene of today, where artists have a demanding tour schedule and less and less time to be in the studio, a ghost producer can help the artist create or finalize his tracks. Often the artist himself has a lot of ideas, maybe even part of a project, and the Ghost Producer can finish the track for him.