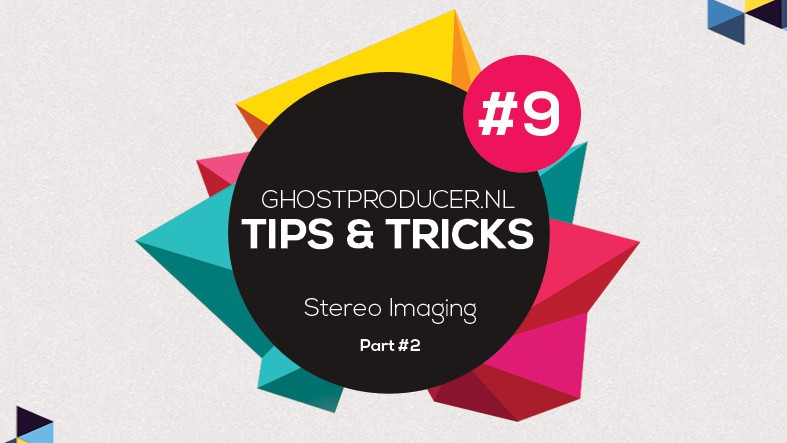 So, part two about Stereo Imaging. There are several ways to make sounds wide, but they all work in a similar way. What makes a sound “wide” (or stereo) is the difference of the audio signal of the left and right channel. If both output a completely similar signal, it’s mono. If not, you get a stereo effect. We won’t get really deep into the scientific explanation, but enough to make you understand what stereo imaging is about.

How to do proper Stereo Imaging?

Now there are a few ways to manipulate the stereo field. First and foremost, the commonly used technique of panning. Which is basically just a matter of changing the volume of a sound on the right and left channel (for example, if you pan to the left. It increases the volume on the left channel and decreases it on the right). You end up with a difference in the audio signal, meaning you’re working with stereo.

The second is a delay based widening effect. Where the signal of one channel (l or r) is delayed a bit opposed to the other (a matter of milliseconds), this is called the Haas effect (Precedence Effect). The Haas effect generally sounds best up until a certain point. Up until that point your brain will perceive it as one, wide, sound. Above that point you can start to recognize the delay and it might sound less desirable. Although in some cases that might be what you want to achieve as well. Experiment with this one!

What to watch out for

Now here comes the tricky part. A difference in channels can cause the sound wave of one channel (l or r) to be in an exact opposite wave of the other channel (l or r). Opposing sound waves will cancel each other out when collapsing the mix to mono. This is also called phase cancellation and can be recognized as a comb filtering effect. There is no way to 100% prevent this, as the difference in signal is what makes a sound stereo. What you should try is to keep the consequences of stereo imaging to a minimum. You can do this by mixing down your track in mono at first. If your track sounds good in mono. If not much annoying comb filtering, phase cancellation or sound masking is present in mono, your track will sound better in stereo too.

One last tip: if everything is wide, nothing is wide! It’s all about balance. You can only achieve super wide sounds in a mix, if you have a solid mono sound going on as well. It’s about the sounds in relation to each other.